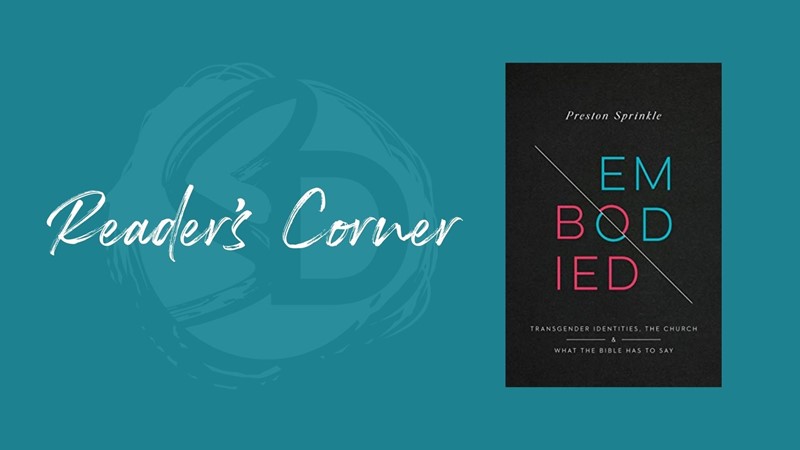 I remember standing in the grocery store checkout line not more than five years ago while listening to a podcast. The host of the podcast suggested that within just a few years, gender would be considered a fluid concept, simply a social construct, by mainstream America.

“No way,” I thought to myself. From my studies and experience as a psychologist, I knew about gender dysphoria, cross-dressing fetishes, and intersex conditions. However, these were widely regarded as rare and agreed upon as “disorders” by the psychological and medical communities. Throughout history, male and female have been a cornerstone of how we understand humanity. I couldn’t imagine a society that would encourage the rejection of such foundational truth.

Here we are in 2021, experiencing that new reality. As parents and Christian leaders, we are now encountering questions we couldn’t even imagine just a few short years ago. Questions about twelve-year-olds taking hormone blockers, plural pronouns to describe an individual, unisex bathrooms, and whether or not sex reassignment surgery is a sin. A few months ago, I met a woman who was married to a biological woman who had transitioned to a male identity. The woman I met had just become a Christian. “Does God see my spouse as a man or woman? Is my marriage biblical? As a follower of Christ, what do I do?”

Enter Dr. Preston Sprinkle. A courageous professor with a Ph.D. in New Testament from Scotland and a passion for the LGBT+ community. Preston’s most recent book Embodied: Transgender Identities, the Church and What the Bible Has To Say is a labor of love for the body of Christ.

This is not a light read, but a well-researched resource for the Christian who is willing to wrestle with the complexities of the transgender world. Preston does a masterful job of blending together three critical components of understanding the trans community: People, psychology/medicine, and theology. He then applies the conclusions of these three sources of information to the real-life tension of a loving and biblical response.

Not Just an Issue

It is tempting for Christian authors, teachers and speakers to get stuck digging for truth in LGBT conversations while neglecting the genuine pain of individuals. As in his most recent book, People to Be Loved, Preston makes it clear from the outset of Embodied that he refuses to allow this to happen. Gender fluidity and dysphoria are not simply issues to debate. They impact real people and can literally represent a life or death struggle. Preston’s empathy and his relationships with a variety of people walking this journey continually remind the reader to remember how Jesus loves people and pursues the marginalized. While not openly chastising the Church for her neglect of the trans community, Preston’s empathy serves to convict and to prompt us to respond with genuine compassion to individuals, not just react to an issue.

From a psychological perspective, Preston gives a helpful summary of relevant terms and research including discussions on Rapid Onset Gender Dysphoria, intersex conditions, and less commonly known variations of gender angst. He documents the history of gender dysphoria as it transitioned in psychological and medical communities from a disorder to an accepted preference. Preston emphasizes that the trans community is comprised of a wide variety of people whose experiences can be vastly different. Quoting recognized expert, Mark Yarhouse, he reminds us, “If you’ve met one trans person… you’ve met one trans person.”

Preston cites helpful research about comorbidity with anxiety, depression, suicidality, and other psychological disorders among the trans community. Although longitudinal outcomes research on gender reassignment is minimal, he summarizes what these studies have thus far indicated.

What Does the Bible Say?

As a biblical scholar, Preston does a thorough job of examining gender through the lens of Scripture. He doesn’t spend much time in passages specifically about cross dressing (like Leviticus 22:5), but dives more deeply into God’s purposes for male and female as they comprise the image of God. He applies biblical passages about sin, brokenness, redemption, and discipleship to the trans conversation. Preston also addresses common liberal theological arguments that support gender fluidity, such as Paul’s comment in Galatians 3:28 (There is neither male nor female…). I found Preston’s biblical teaching to be both solid in tone and satisfying in depth.

The most courageous aspect of this book is not simply the biblical and culturally unpopular stand Preston takes, but his willingness to tackle real-life application. While sincere Christians are unlikely to disagree with Preston’s biblical scholarship, they may take issue with some of his suggested applications. Do you use a person’s requested pronouns? Do you allow a biological girl to identify as a boy in your youth group? Should your church proactively minister to the trans community? Preston says “yes” to all of these questions.  While acknowledging that many leaders he highly respects disagree with him on some of these points, Preston is not shy about his commitment first and foremost to a posture of compassion.

I am grateful that Preston was willing to “put himself out there” by addressing these real-life questions that parents, loved ones, and church leaders are actually asking. Even if you disagree with where he lands on a particular point, Preston’s courage and compassion are challenging and admirable.

If you are in ministry or want to thoughtfully and compassionately engage the transgender conversation, this book is a must-read. Thank you, Preston, for the hard work, diligent scholarship, and Christ-like love reflected in Embodied.

Are you a Sexual Discipleship member? Don't forget to check out how some of the respected leaders answer some of the the most challenging questions around sexuality in our Ask Anything videos. Not a member? Learn more here.

Single, Gay, Christian by Gregory Coles is a small, easy-to read book that packs a powerful punch. Coles is...

Purity culture has been a topic of conversation for several years as Christian women who were teenagers in ...

I recently read a very sad book, Pure by Linda Kay Klein. This book keeps popping up in my newsfeed, which ...

See which tags match your interests. Create an account today